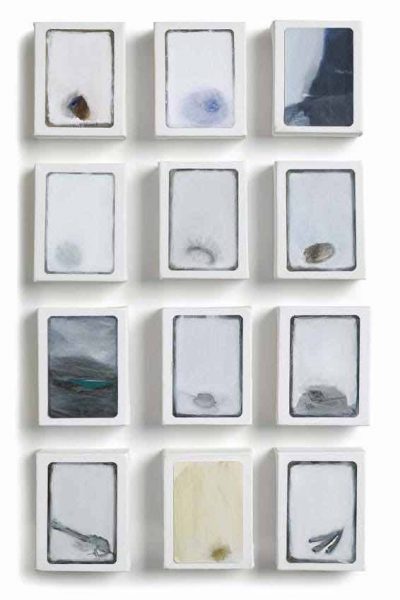 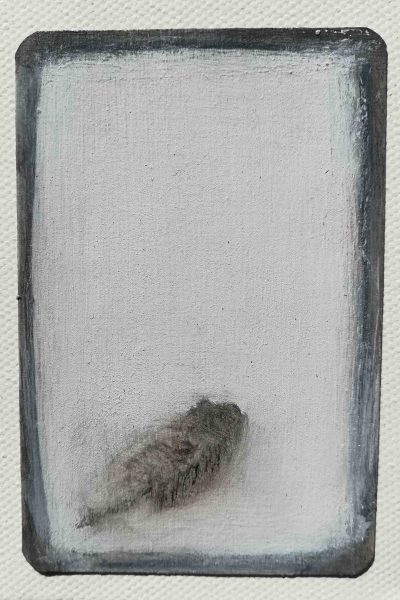 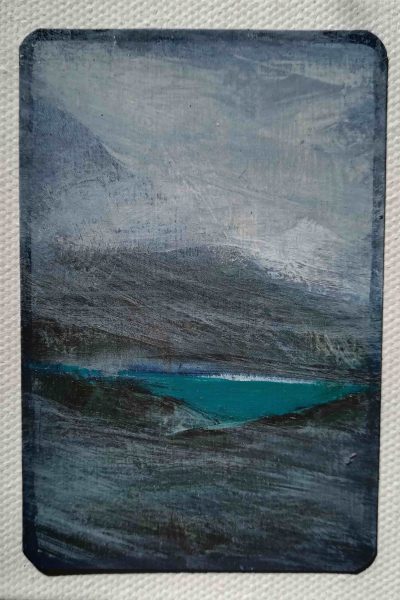 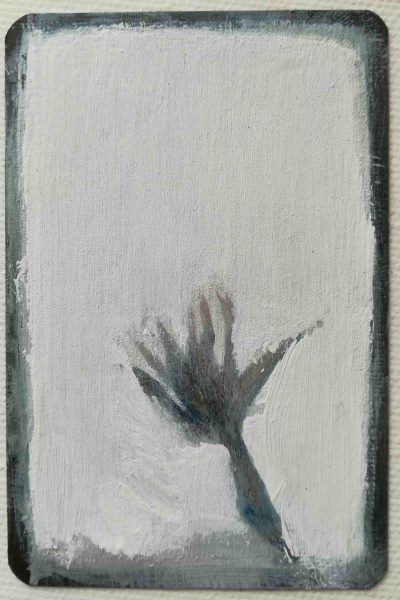 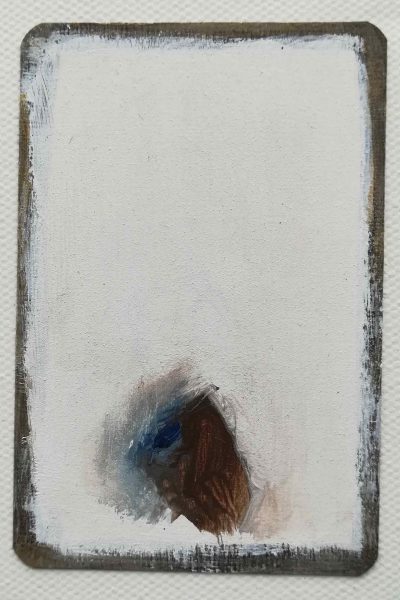 Stains and Guts explores some of the 145 Burgess Shale creatures discovered at the ancient Canadian fossil beds and mountain locations associated with them. These bizarre, outstanding quality Precambrian fossils have greatly enhanced understanding of early evolution. See Burgess Shale blog.

The small paintings that form this collection are painted on playing cards (mounted on canvas) to mimic ‘carte de visite’. The use of the playing cards also hints at the ongoing controversy about evolution as chance or inevitable.

The carte de visite was a small visiting card size photograph developed in France. By 1859 they had become a mass phenomenon in Europe – the same year as the publication of Origin of Species. ‘Cardomania:’ the craze to collect and exchange these cards continued around the world until 1880. Subject matter was diverse ranging from family portraits and celebrities to war imagery and ‘exotica’. The latter included formal portraits aboriginal or ‘native types’ from settler and colonial locations. These also went into wide circulation and used to compare racial and cultural ‘types,’ just as Darwin’s theory was also circulating about the common descent of man.